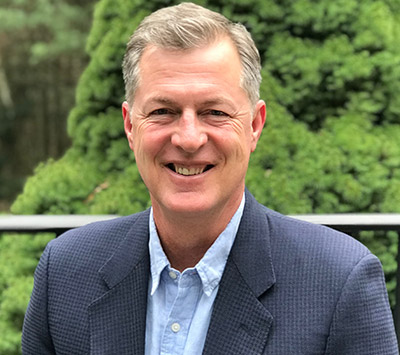 Bob is also a member of the Applied Association of Sport Psychology and is a Certified Mental Performance Consultant. (CMPC)

View My Resume
View My Bio

“The work that Bob has done with my teams at Bates and Middlebury College has been transformational.  He communicates the important concepts of the mental side of the game and introduces ways in which players can develop their own mental skills routines as players.  His work with my teams has benefitted them on the field, but more importantly, has helped them to see how to connect these skills to their personal lives so they can grow as people.”

After completing his master’s degree from BU in 2004, Bob was hired by the Boston Red Sox to develop the mental skills program at the minor league levels of the organization. During the next ten years the Red Sox minor leagues developed several prominent players who would help the Red Sox win the World Series in 2007 and 2013. Players such as Dustin Pedroia, Jonathan Papelbon, Jacoby Ellsbury, Kevin Youklis, and Clay Buchholz. Bob was the mental skills coach for the 2013 Red Sox World Series Championship team.

Bob didn’t have an easy path to 110 wins. He had to overcome two surgeries; elbow and shoulder. The shoulder surgery was performed by renowned orthopedic surgeon Dr. Arthur Pappas. After which Dr. Pappas didn’t think Bob would fully recover from to pitch again.

On his path to being a major league all-star in 1992 Bob’s resiliency became apparent in addition to overcoming his surgeries, Bob worked his way back to the majors after being demoted to the minor leagues six times, being traded by the Yankees (1986) and released by the Cubs (1988).

WHAT PEOPLE ARE SAYING

“On our way back to IL from ATL we listened to 90%. I saw Will pull out his phone and start taking notes. He then began to hit the pause button to finish his note as not to miss anything that was to come. I asked him what were some things that he got from his first run with this book. He said the “Little Man”, the “Stop Sign”, “Breathe”, and “Anchor Statements; specifically the Boat & Anchor analogy”. Mr. Tewks is doing incredible work and I saw it with my son Will. It has been the single best development piece of Will’s 14U season.”

“Tewks talked about different things as far as the mental side of the game, and building that relationship with him I had a trust where I could go and bounce things off of him. He’s a no BS guy. I knew he wouldn’t pussyfoot around with me. I knew if I asked him a question, he would give me an honest answer, both on the pitching side and on the mental side. I knew I would get that from him.”

“He tells you what he sees, and he calls you out on things. He makes you better as a player as you go along. The biggest thing I’ve found is that if a player continues to seek advice, seek help, there are people who can help that player get the most out of his potential on the baseball field.”

“He’s got more instant credibility and more to offer if a player or staff is so inclined to engage with him because of his long career in baseball. As we know, pitching is the loneliest thing you can do.”

“What Bob brings to the table, Bob did it. He was there. He had his career,” Ravizza says. “When Bob talks about the mental game, I listen, because he’s walked the walk. I really have so much respect for him.”

“I’ve worked with other people, but the stuff we put in place in Boston is what I’m still using today,” Miller says. “It’s a very important part of my success, or turnaround. It’s something I take very seriously and I think it’s had a big impact on my pitching.”

“Having worked with Tewks as a player as well as a coach, I’ve been lucky enough to see firsthand how much he can impact individuals and teams.  He has been invaluable to me personally throughout my career, as well as our baseball team at Boston College.”

This site uses cookies. By continuing to browse the site, you are agreeing to our use of cookies.